With so much attention paid to climate change these days, it can be easy to forget that there are other pressing threats to our environment. Familiar problems such as litter and illegal dumping are still as prevalent today as they were in decades past. Small rivers and streams carry debris for miles before emptying into the nation’s largest waterways, such as the Mississippi River. The largest bits of trash, including such items as fridges and tires, become lodged in the riverbed. While lighter bits of trash either clump together around vegetation or float all the way out to the sea. 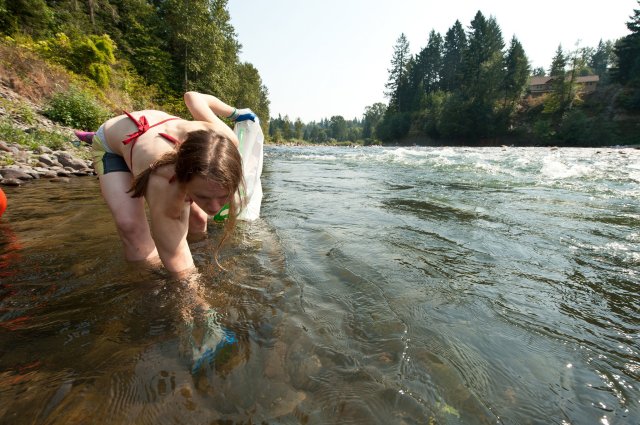 Even though attitudes towards the environment have shifted in recent years, rivers and waterways are still heavily affected by polluters. A study published by the E.P.A. earlier this year found that 55% of the country’s waterways were insufficient to support healthy aquatic life. An additional 23% were found to be in “fair” health, meaning not overly polluted, but not growth-promoting either. Only 21% of rivers and streams were deemed in “good” health with very little contamination. Even more troubling is where these poorly rated rivers are located.

According to the E.P.A., 71% of rivers in the Southern Atlantic and Gulf Coast states are in poor condition. These failing grades are attributed to not just trash, but large volumes of agricultural and wastewater runoff containing large amounts of phosphorus and nitrogen. These chemicals interfere with the natural growth of plants, causing soil erosion and disrupting connected habitats. Other regions fared just slightly better. Over 50% of rivers in the Northeast and Midwest were found to be in poor health, with fewer than 20% marked as good. The only regions where good rivers outnumbered poor ones were the Northern Plains and the Pacific Northwest where 40% and 42% of rivers were found to be  in good condition.

Garge Day on the Snoqualmie River

What type of legacy will we leave to the next generation?

For waste that isn’t so easily scooped out of the river, groups like the Natural Resources Defense Council (NRDC) work to curb pollution from industrial and agricultural activities. The NRDC uses legal remedies outlined in the landmark Clean Water Act to enforce pollution controls, as well as to propose ever more stringent water pollution standards. Cleaning up rivers that suffer from industrial pollution is a long and arduous process that often begins in the court room. Many major polluters are forced to adhere to environmental regulations only after they have been sued by environmental groups or government agencies. But even once the dust settles and the legal battle ends in the environment’s favor, it can still take decades for river ecosystems to recover.

It may seem like keeping waste out of our rivers is a daunting, perhaps impossible, task. But there have been plenty of success stories throughout the short history of the environmental movement. The burning of the Cuyahoga River, the catalyst for many of today’s environmental laws, occurred just 44 years ago. Since then the river has made a remarkable recovery thanks to heavily enforced pollution controls and remedial action plans enacted by the E.P.A. and local authorities. Fish stocks have rebounded thanks to improving water quality, and even bald eagles have made a return to the region with two pairs of nests spotted in the Cuyahoga Valley National Park as recently as 2006.

So long as communities and environmental organizations remain steadfast in their efforts, our nation’s rivers will be able to survive and thrive well into the 21st century and beyond. You can do your part by ensuring that your trash is properly disposed of and to lend your voice to local environmental groups. 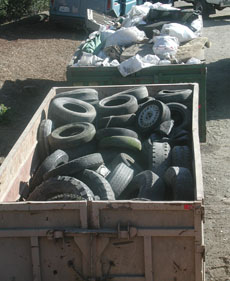 1 Response to Our Trashed Rivers: Cleaning up America’s Waterways