One River, One Tribe 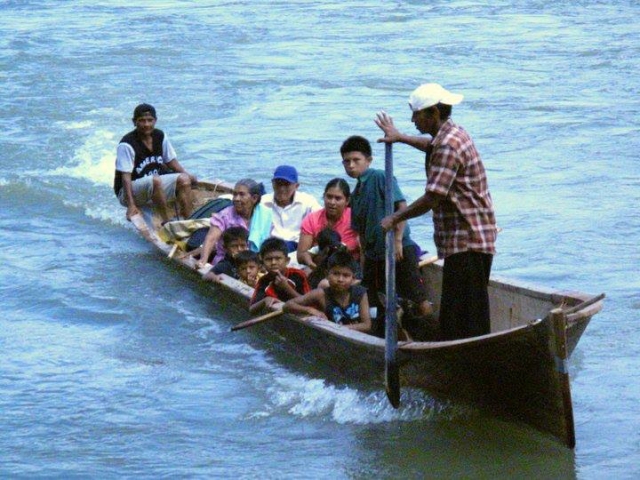 The Naso navigate by water taxi on the Rio Teribe. Photo by Jennifer Long

The Naso are a Leaver culture. They wish to leave their forests and rivers as they inherited them from their ancestors, clean & crystalline. Takers wish to develop them for profit but the Naso regard their water as a sacred deity, Grandmother Water, Tjer Di in their language.  The Naso will not exchange her, she who sustains all life, for roads and bridges they don’t need, to drive cars they don’t want … to jobs they don’t like.

The Naso are not seeking to consume or sell the environment that has provided everything their people have needed for more than 1,000 years. They wish to conserve their culture, heritage, and natural resources, not trade them for video games, microwave burritos, nor any other aspect of consumer culture. They prefer to leave the frantic object-based, convenience-obsessed culture to die of natural causes. They choose to live in harmony with nature rather than selling her to corporations flying the flags of profit.

Raphael fishes with a snorkel mask and underwater slingshot. Photo by Stephen Kaczor

In his epic adventure of the mind and spirit, Daniel Quinn presents us with a teacher who is a gorilla, Ishmael.  Ishmael has a message on the wall of his den: “With man gone, will there be hope for gorilla?”  The other side of the poster reads: “With gorilla gone, will there be hope for man?” The book goes into depth regarding the evolution of Leaver vs. Taker cultures and embodies the Naso struggle.

The book begins with an ad in the personals section:

“Teacher Seeks Pupil. Must have an earnest desire to save the world. Apply in person.”

Naso have wisdom of how to navigate their forests on foot, which is no small task given that their ancestral territory includes the one-million acre biosphere reserve that is the UNESCO World Heritage Site La Amistad and its buffer zone, the Palo Seco Forest Reserve. They have wisdom to create an organic producers cooperative and an organization for the development of sustainable eco-tourism to share their paradise with the world. 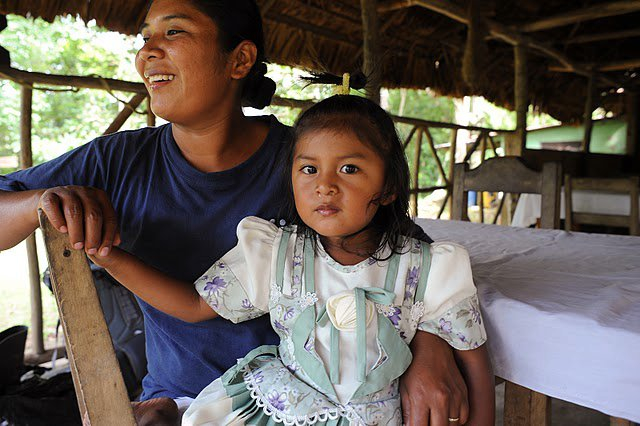 Karina Sanchez with her daughter at Wekso, the Naso Ecolodge. Photo by Jennifer Long

“Someone who knows what works well for people has wisdom. On the other hand, knowledge of what works well for production is what is valued in the consumer culture. And every time the Takers stamp out a Leaver culture, a wisdom ultimately tested since the birth of mankind disappears from the world beyond recall, just as every time they stamp out a species of life, a life form ultimately tested since the birth of life disappears from the world beyond recall. Ugly. It is ugly.”

“You want to know what this has to do with anything? The world of the Takers is one vast prison, and except for a handful of Leavers scattered across the world, the entire human race is now inside that prison. During the last century every remaining Leaver people in North America was given a choice: to be exterminated or to accept imprisonment. Many chose imprisonment, but not many were actually capable of adjusting to prison life.”

“Naturally a well-run prison must have a prison industry. I’m sure you see why”, Ishmael says to his student, who replies, “Well it helps to keep the inmates busy, I suppose. Takes their minds off the boredom and futility of their lives.”

The teacher asks, “Yes, can you name your prison industry?” The student gives it some thought, “Consuming the world”.  Ishmael nods,“Got it on the first try”.

Quinn explains, however, that “People can’t just give up a story. That’s what the kids tried to do in the 60’s. They tried to stop living like Takers, but there was no other way for them to live. They failed because you can’t just stop being in a story. You have to have another story to be in. And if there is such a story, people should hear about it.” 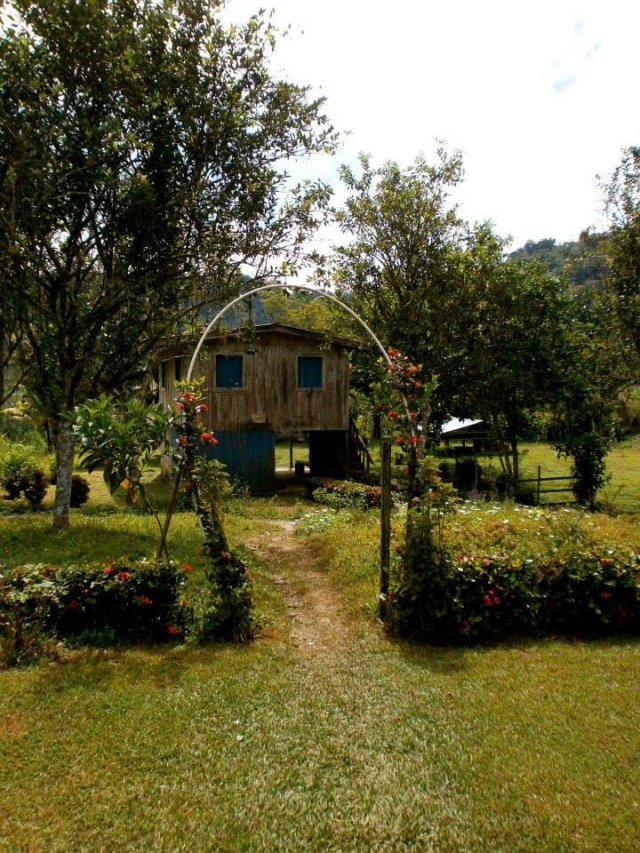 This story is Grandmother Water, a story about Kings and Presidents, Leavers and Takers, a story about “One River, One Tribe”, a story in which a beautiful  and sustainable indigenous culture asks the question, What Price Paradise?

For more details, or to support this effort with a tax-deductible contribution to the Big River Foundation visit us at Indiegogo. We also have volunteer opportunities in paradise.

1 Response to One River, One Tribe